In this post, a demonstration on how to create objects using object oriented programming (OOP) in MATLAB is covered using easy to follow steps, and the basic MATLAB syntax. The demo is structured as follows:

OOP is an approach to programming, where focus is put on design patterns and classification systems. It forms a consistent framework which is recognisable, and can be easily reused and extended by others. OOP is ideal to use when designing complex models, because of the flexibility and extensibility of the code, where a simple model can easily be extended to cover a more complex model.

In object oriented programming the classification of data and the actions to be performed on the data, is done by defining different objects. An object is defined as an instance of a class which has specific properties and functions associated with it.

A class is used to define an object in terms of:

Classes, properties, methods, and events and listeners all have optional attributes which control the behaviour of the specific methods. 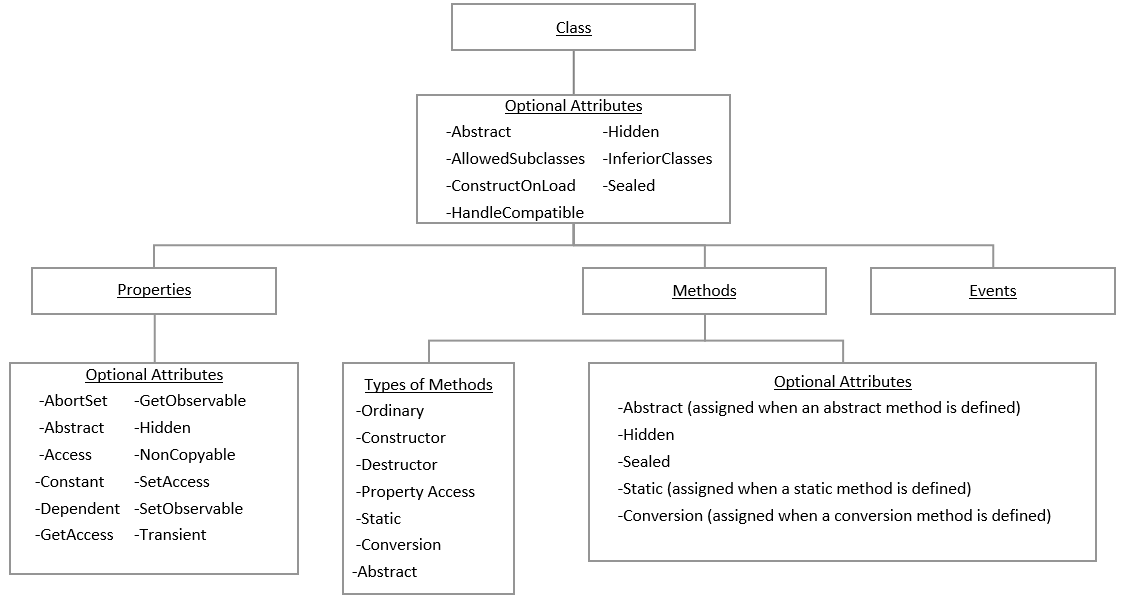 In MATLAB, a class is defined using the classdef method under which the name of the class, the properties of the object in the class, and the functions to be applied to the objects is defined. 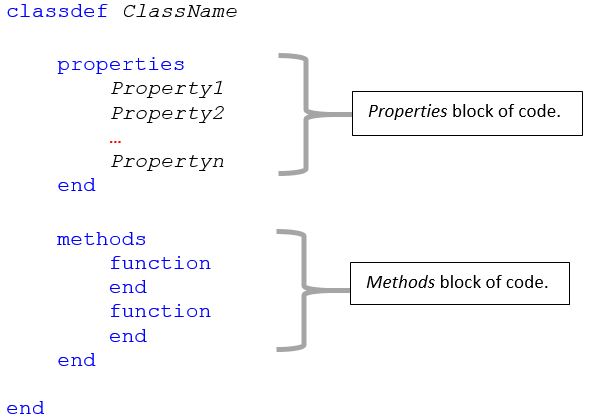 Consider a rectangle as an object as defined by the class Rectangle. To define this object, one must firstly determine the data contained by the object and secondly, the actions to be performed on the data of that object.

The following properties are used to describe the rectangle namely width, height and colour.

Functions to be applied to the data contained within the objects of a specific class are defined under the class methods block of code.

In the example of a rectangle, we might be interested in calculating the area of the rectangle. The function getArea is written in the methods block as follows:

In conclusion, the MATLAB code for the class definition of Rectangle will look as follows:

Creating an instance for a specific rectangle object, named Rectangle1:

An object called Rectangle1 will be created with properties Width, Height and Colour containing empty values.

If we were to run the command to display Rectangle1 in MATLAB now, the following will be displayed:

In addition to creating objects and initialising object property values, the constructor method function can also be used for validating property values. This enables one to perform error checking when an object is created to ensure the object created fills the template (class) of the object correctly. Error checking can be performed to ensure names of objects are correctly spelled, and data values are stored as the correct class type.

To summarise, we have created an object called Rectangle1 which is an instance of a Rectangle object as defined by the class Rectangle: 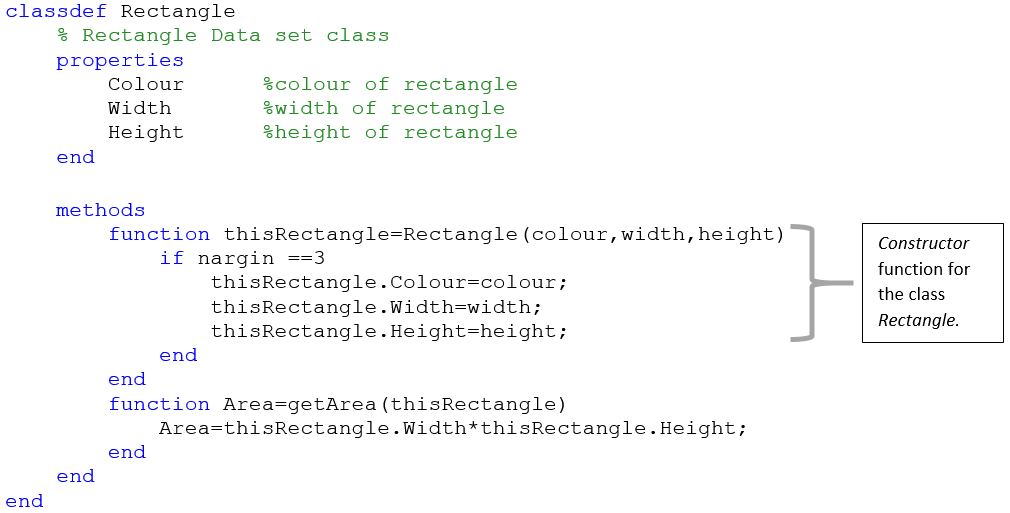 This is the first of two blog on OOP in Matlab. In the next blog we consider how subclasses and super-classes can be defined as we take a closer look at the hierarchy in MATLAB. Continue reading...

2 thoughts on “Demo: How to create objects using OOP in MATLAB in under 10 minutes!”