In this post, a demonstration on how to perform unit testing in Microsoft Visual Studio is covered. The demo is structured as follows:

In writing a program, implementing unit testing is a key step. The unit test project can be thought of as a document which can be used to understand the functionality and expected outcomes of the code. It is good practice to test the methods used in a program to check that the program delivers the expected results, and in performing the tests errors in the code can be picked up and corrected.

It often occurs that in the production process, a program needs to be extended. In extending the program, the results from one method should not alter the functioning/outcome of other methods. When unit testing is in place, errors can easily be picked up if it were the case that adding new code altered the outcome of existing working code. In this way, the existing working code is validated again when new code is added to the project. Using unit testing therefore serves as an important quality check of a program in the production process.

A class for a calculator object is created by adding a class template item to the CalculatorApp project.

We are now interested in writing methods for the created Calculator class, in this demo a Plus method will be written. (This example can be extended to cover other methods such as Minus for the subtraction operation etc., but for simplicity only the addition operation will be discussed.)

The code for the Calculator class (Calculator.cs):

We would like to display the result of the Plus method of the Calculator class on the console, the code to display this result is written under the Program.cs file.

The following is included in the Program.cs file:

The code for the console app (Program.cs):

To run the program, values for the input arguments need to be specified, this is done as follows:

The console will be run and be displayed as follows: 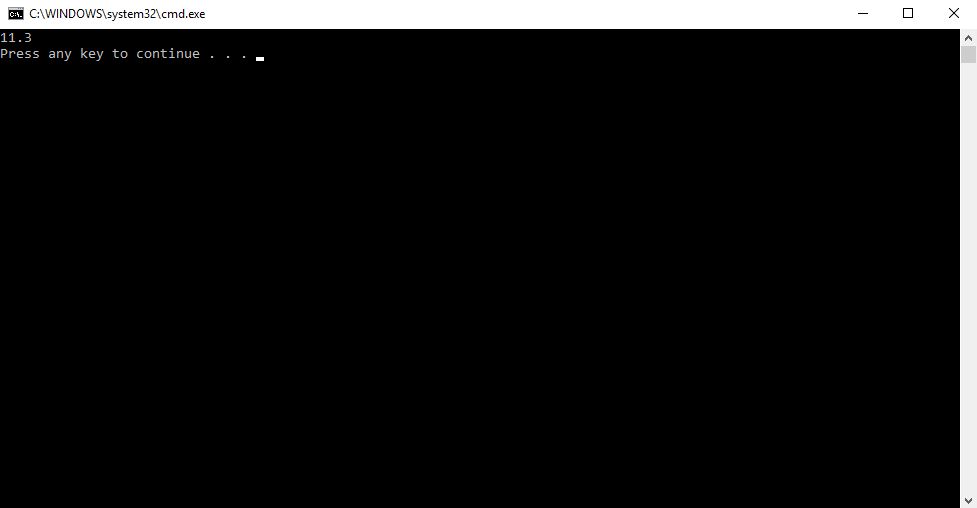 The result displayed on the console is 11.3 as expected.

The following steps are taken to test the CalculatorApp:

In this example, we are interested in testing whether the Plus method under the Calculator class works as intended. A test is used to validate the Plus method, and is created as follows:

A CalculatorAppTests project will be created and a class CalculatorTests will be generated to use for testing the Plus method.

The code to test the Plus method (CalculatorTests.cs):

The test is now run by selecting PlusTest and on the main ribbon selecting Test – Run – Selected Tests. When the test has run, under the Test Explorer tab PlusTest should be displayed with a green circle and tick under Passed Tests as seen below: 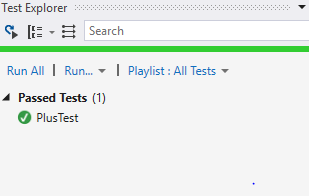 If the test fails, i.e. the expectedResult was not equal to the actualResult, then one knows that there is an error in the Plus method code and it needs to be fixed.

The Assert method only runs for one scenario, to run multiple scenarios the following method can be followed:

The code follows below: